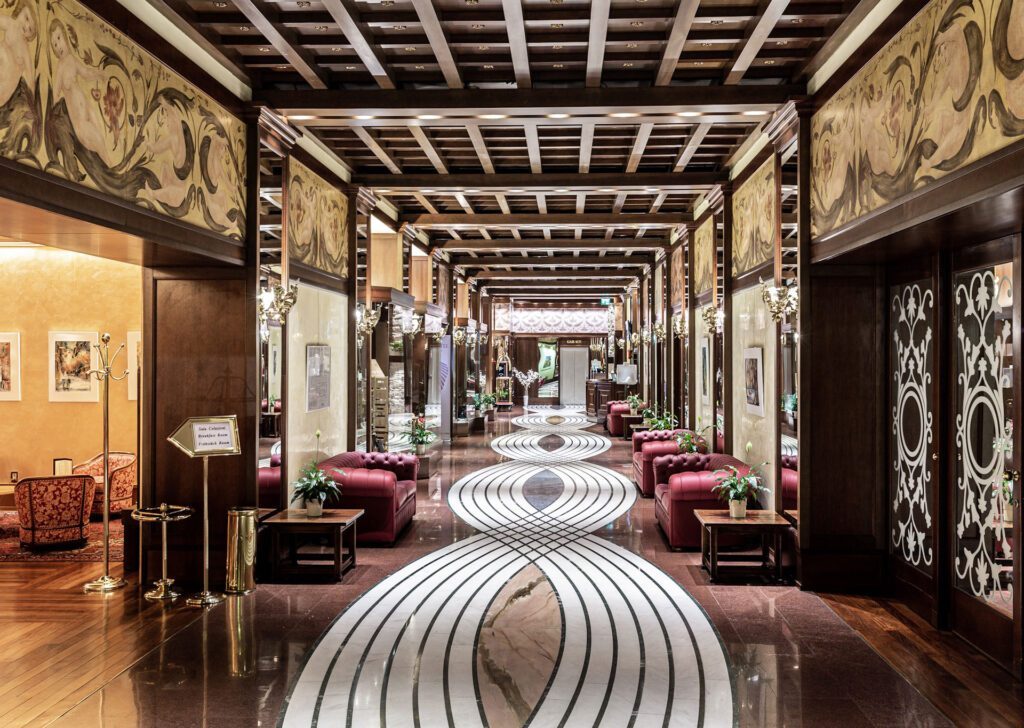 The Grand Hotel Trento, a symbolic structure built between 1939 and 1942 by engineer Giovanni Lorenzi, is a shining example of rationalist architecture and it represents a historic transition between the medieval and the modern city.

Bruno Frizzera, a nationally recognized business consultant, purchased the property in 2001. He was a consultant to Minister Vanoni who gave him the task of studying the first Income Tax Statement, and a man who devoted much of his professional life to tax disclosure, patenting a real “tax system”. Always bound by a deep love for his territory, and Trento in particular, after six years of management of the Grand Hotel Trento by the chain of hotellerie Boscolo, in 2007 Bruno decides to engage in a new adventure and take the reins of the structure to “return” it to the city.

His choice was to focus immediately on a “warmer” and more familiar management, ensuring a renewed tradition to such a historic place. To do so, he involved his son-in-law Piergiorgio Stefenelli and his son Francesco in the project, who, although they came from different sectors, enthusiastically took up the challenge. The terrace on the sixth floor, from which you can enjoy a splendid view of the roofs of Trento, is called Frizzera in memory of its owner, who loved to contemplate the city from above.

Elegance and tradition in the city of the Council

A 4-star hotel in the historic centre of Trento to offer you a relaxing stay. 136 rooms of different types to meet all your needs, a cosy and refined bar, a restaurant where you can taste local culinary excellence and more, starting with a rich breakfast, a panoramic terrace from which to enjoy an incomparable view of the city, and finally a gym to stay in shape while traveling.

This is the Grand Hotel Trento: a place where the magical fin-de-siècle atmosphere, technological efficiency and the warmth of Trentino hospitality come together to create an ideal location for private or corporate events, thanks to a conference area with eleven rooms of different sizes, and the possibility of catering and banqueting offered by the Clesio Restaurant.

Right in front of the train station, a five-minutes walk from Piazza Duomo and Castello del Buonconsiglio and a short distance from the brand new MUSE, the Grand Hotel Trento is a four star hotel in the city downtown.

Guaranteeing you a memorable stay, whether on holiday or on business, it is our priority and for any need you can always contact our reception, with staff available for you 24 hours a day. A friendly multilingual staff will be ready to satisfy any kind of request: if you need, for example, to rent car, to book a table at a restaurant or to request room service, just call us.

If you would like more information about our territory, the Tourist Board of Trento (APT) is located along the same street, less than a minute from us.
We’re waiting for you! 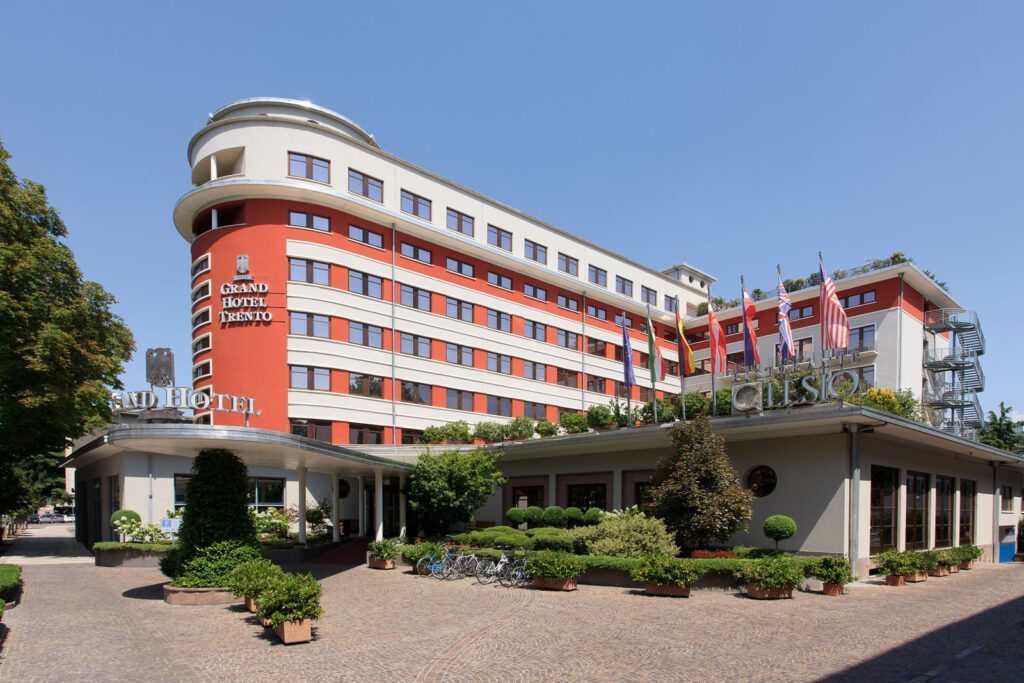 Our rich Continental breakfast is complimentary for all guests.

The Grand Hotel Trento has a business centre of surprising modernity and efficiency with 11 rooms that can accommodate from 2 to 550 people.

A panoramic viewpoint from which to enjoy a view not to be missed over the roofs and towers of the city.

Luggage storage is free for all guests of the Grand Hotel Trento.

Here you can recharge your electric car.

The Bar 'Il Caminetto' and the ‘Clesio’ Restaurant are also open to non-resident guests.

High-speed Internet connection available free of charge in all rooms of the hotel, also available is a computer workstation and printer.

A small and reserved fitness centre is available to all guests.

A space with a unique design, created to satisfy the senses and the mind.

WITH US AVOID THE QUEUE AT THE MUSE

Ask for the free coupon at our reception and you can enter the museum without queuing up at the entrance. 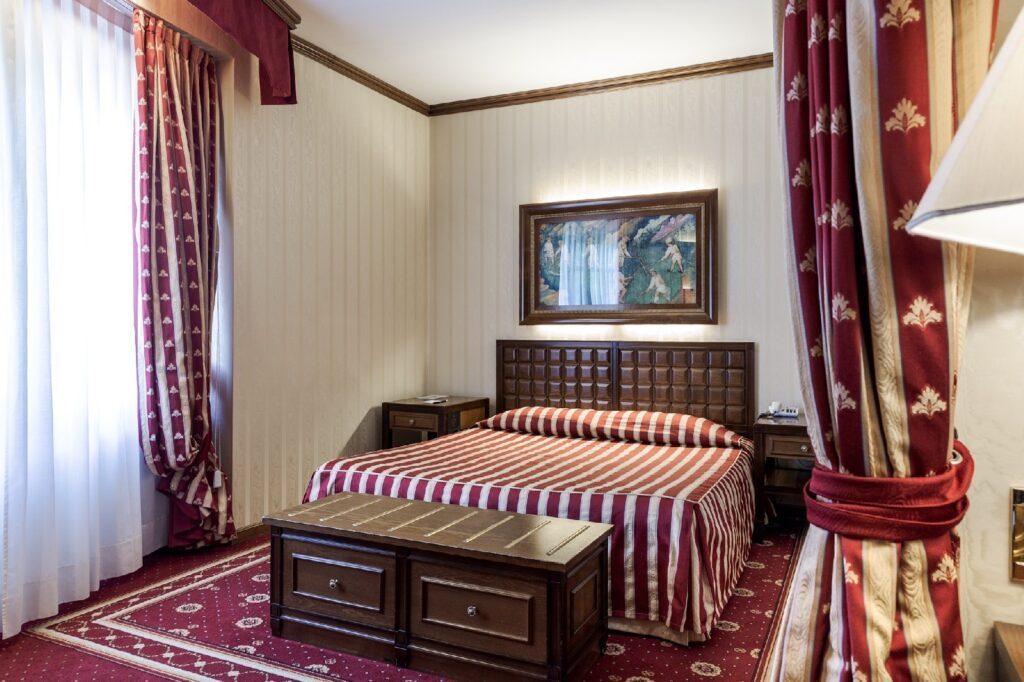 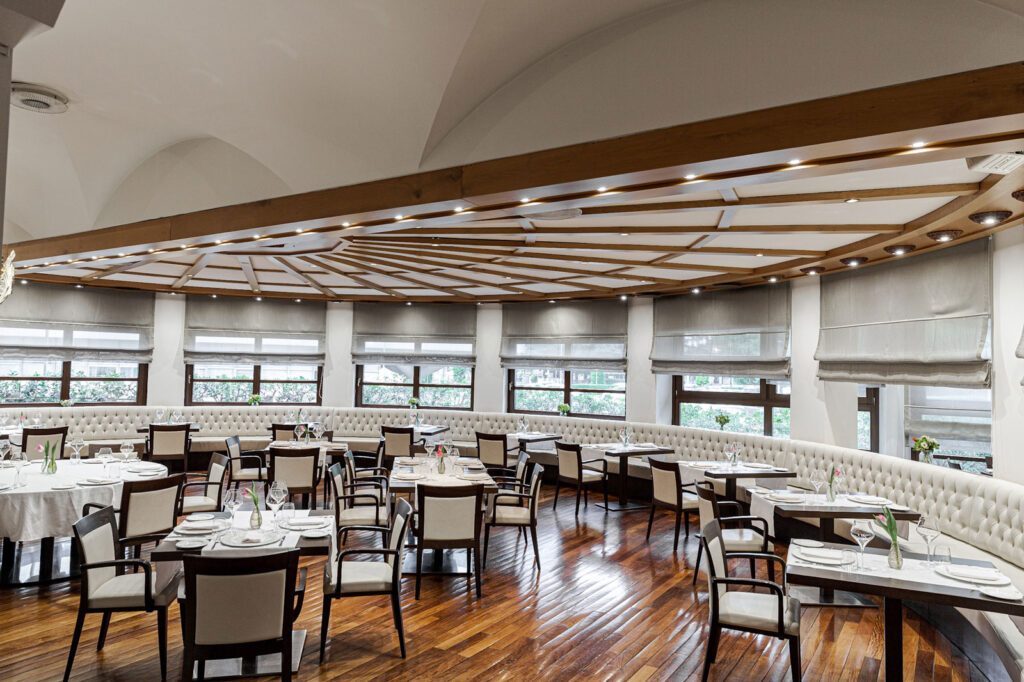 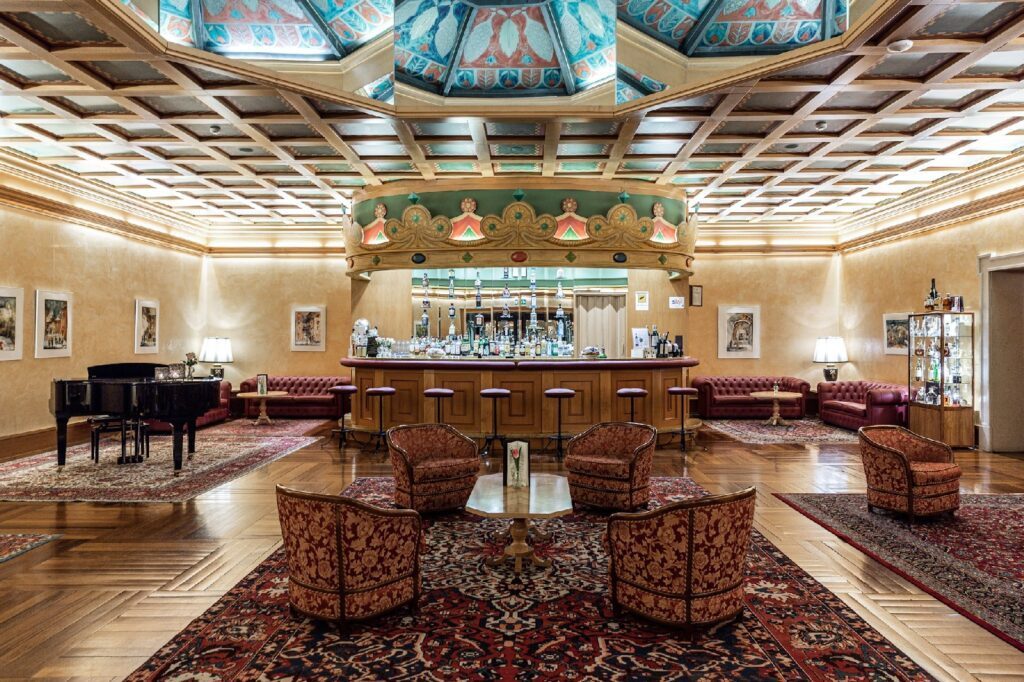 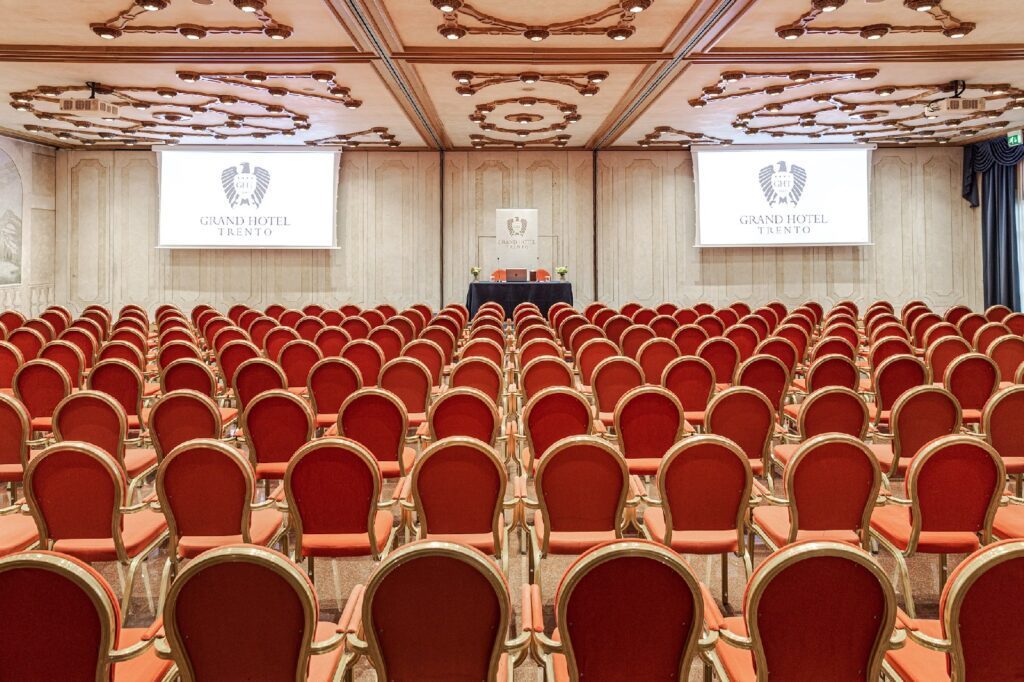 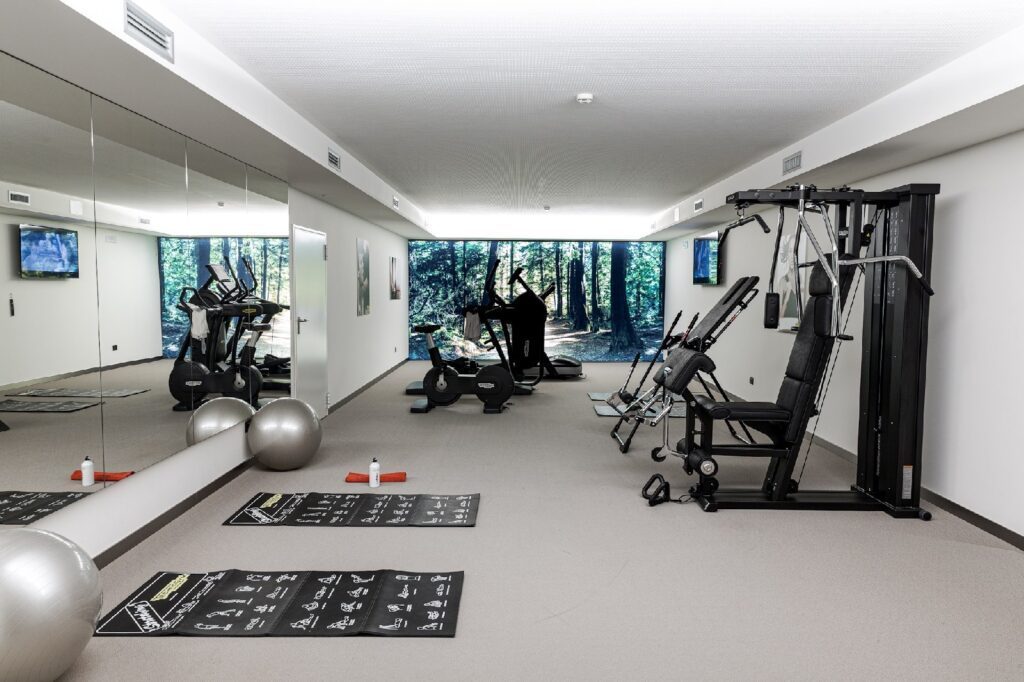 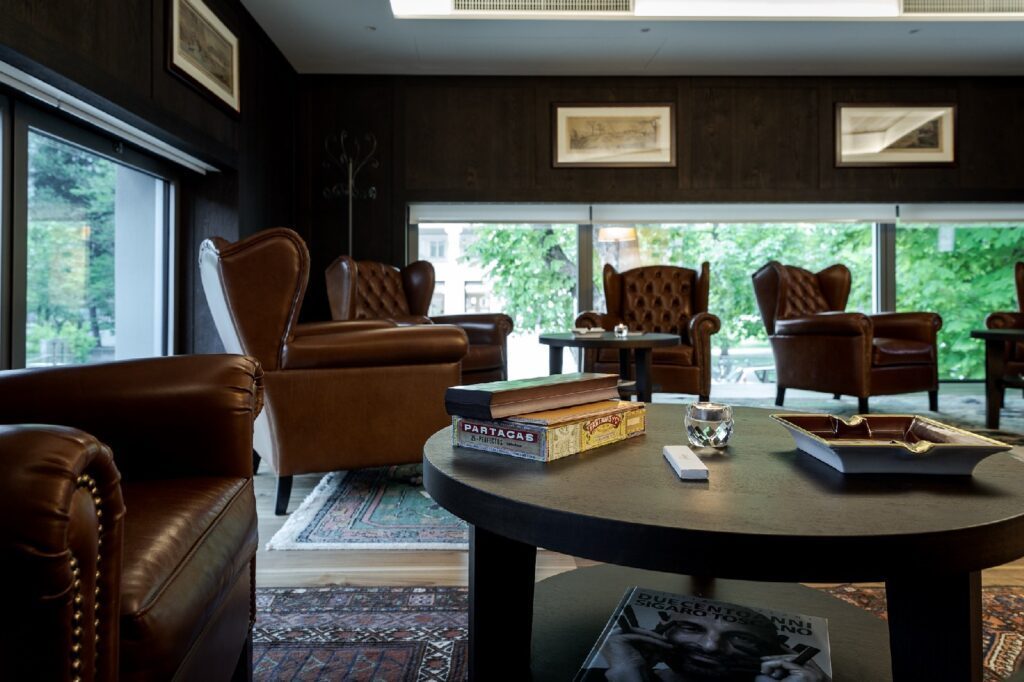